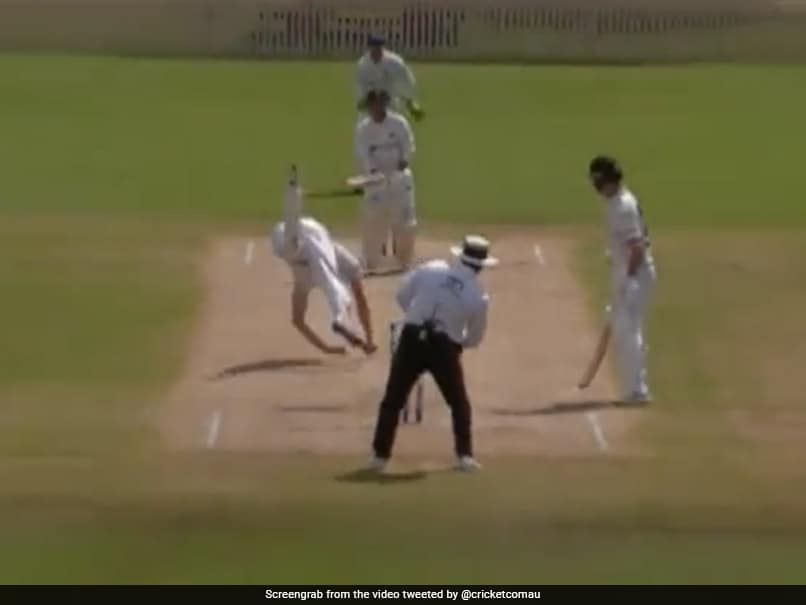 In the ongoing Sheffield Shield game between Western Australia and New South Wales at Bankstown Oval, Jack Edwards of NSW took a sensational catch to send Josh Philippe back to the pavilion. The incident happened in the 118th over of the innings and Edwards’ effort left all of his teammates in awe. Philippe had to take the long walk back after scoring 32 runs off 96 balls.

Edwards took a caught and bowled to send Philippe back to the hut.  Edwards displayed a miraculous “somersault” and managed to hang on to the ball, and Philippe had no option but to return back to the pavilion.

In the ongoing contest, Western Australia won the toss and opted to bat first. The Shaun Marsh-led outfit posted 356/6 in their first innings before declaring. Cameron Bancroft scored 117 runs for Western Australia while Cartwright scored 81.

New South Wales are still trailing Western Australia by 191 runs after being reduced to 165/7. Jason Sangha and Chris Tremain are unbeaten at the crease for NSW.