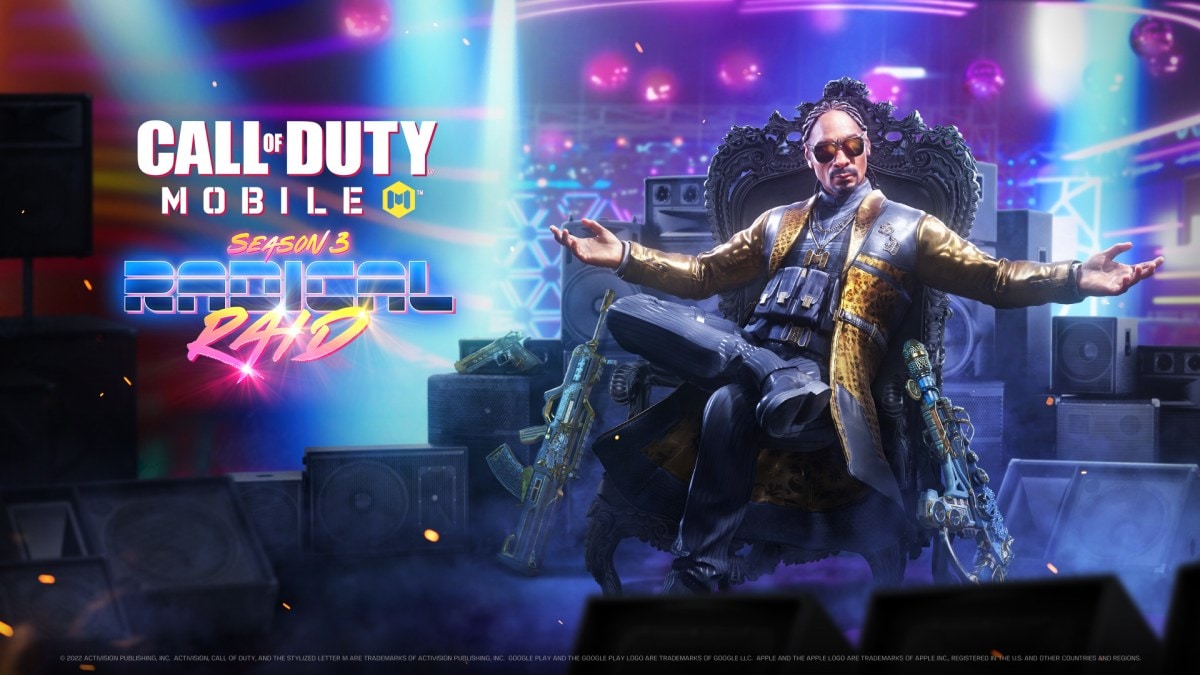 Another new addition to Call of Duty: Mobile is the Miami Strike map. It is a more compact version of the Miami map. Miami Strike first debuted in Call of Duty: Black Ops Cold War. Players will compete with each other during the day and the map is filled with collector cars, building, and back alleys that ensure an intense battle, as per Activision.

Earlier this week, Activision announced that Snoop Dogg will be featured as a playable character. The rapper and his flashy accessories will be available to players through a lucky draw.

Furthermore, Call of Duty: Mobile Season 3: Radical Raid also has two new themed events — A Soldier’s Choice and Easter Battle Royale. The former is a 14-day event where players get to interact with Raul Menendez each day to boost their XP generation through their choices. Players can also earn weapons and character skins. Easter Battle Royale will require players to find and collect Easter Bunny’s eggs which can be turned into rewards in the vending machines on the map.

Additionally, players will also get 50 new tiers of Battle Pass rewards, new operators such as Gunzo and Park, MAC-10 SMG weapon, new operator skill: reactor core, weapon blueprints, calling cards, charms, COD Points (CP), among others, throughout the season. Call of Duty: Mobile will also be getting new seasonal challenges, lucky draws, bundles, and more. Some of these new items will be available starting April 1, while the rest will be released throughout Season 3: Radical Raid.