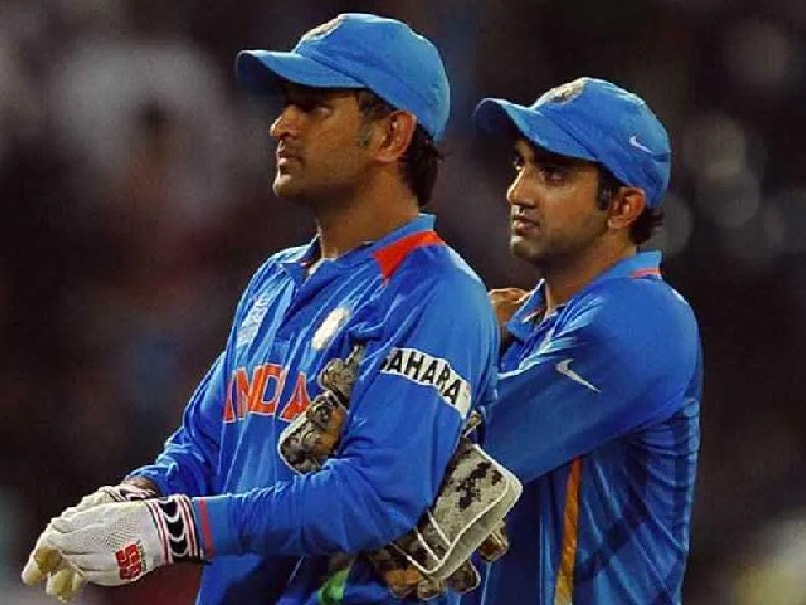 Gautam Gambhir has cleared the air on this rumoured rift with MS Dhoni.© AFP

Former India opener Gautam Gambhir has rubbished claims of a rift between him and MS Dhoni, saying that he has a lot of “mutual respect” for the veteran wicketkeeper-batter. Gambhir, who has been often criticised for some of his comments on Dhoni, also said that he will be the first person to stand next to the former India captain if he ever needs the arises. Speaking to Jatin Sapru on his YouTube show ‘Over and Out’, Gambhir cleared the air on this rumoured rift with Dhoni.

“See I have so much of mutual respect for him and it’ll always remain. I’ve said it on air, I’ll say it on your channel, I can say it anywhere in front of 138 crore people, that if ever in need, I hope he’s never in need, but if ever in need in life, I’ll be the first one standing next to him because of what he’s done for Indian cricket, what he’s as a human being,” said Gambhir.

To drive home his point further, Gambhir pointed to the fact that he was the vice-captain of the team during majority of Dhoni’s reign as the leader of Team India.

“I’ve actually been the vice-captain the longest time when he was the captain. We’ve been rivals on the field when we played for our respective teams. But I’ve got so much mutual respect for him, for the kind of person, the kind of cricketer he is,” he added.

Gambhir signed off by saying that if Dhoni had batted further up the order, he would’ve broken all the records in white-ball cricket.