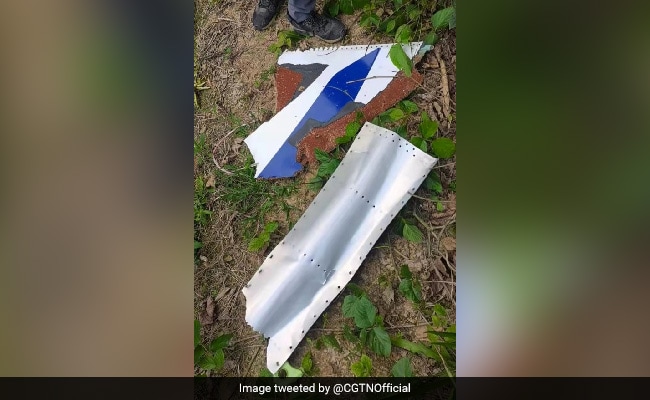 The plane plunged into a mountainside with 132 people on board.

Crash investigators on Tuesday said they do not yet know why a China Eastern jet carrying 132 people plunged from sky, with recovery teams still scouring a forested mountainside for the flight recorders from the pulverised Boeing aircraft.

The velocity of the crash, which left twisted metal and scattered passengers’ belongings across a swathe of forest, meant no survivors had been found nearly 36 hours after Monday’s crash.

It is China’s deadliest air disaster in three decades, in a country with an enviable air safety record.

“With the current information, we are unable to make a clear judgment on the cause of the accident,” Zhu Tao, director of the aviation safety office at China’s aviation authority, said late Tuesday — adding that the focus is now on “the search for flight recorders.”

Questions have mounted over the cause of the crash, which saw the stricken jet drop 20,000 feet (6,096 metres) in just over a minute before plunging into rugged terrain in southern China on Monday afternoon.

The airline has officially acknowledged that some aboard the jet, which was travelling from the city of Kunming to the southern hub of Guangzhou, had perished, but has stopped short of declaring all on board as dead.

President Xi Jinping quickly called for a full probe following the crash as search teams armed with drones descended upon the site in a forested, rural area of Guangxi province.

On Tuesday, scorch marks were visible from the crash and resulting fire, rescue workers told AFP, with one speculating that passengers had been “totally incinerated” from the intensity of the blaze.

A villager near the sprawling crash site, giving only his surname Ou, recounted hearing a “sound like thunder” followed by a blaze that blistered the surrounding hills.

A torn wallet and a burned camera lens were among the eviscerated possessions captured on video by a reporter from the state-run People’s Daily who was able to enter the crash site.

But AFP journalists were blocked at a hillside checkpoint by a group of men identifying themselves as Communist Party members who said they had “orders from above” to prevent access.

The disaster occurred after a high-speed vertical nosedive, according to a video carried by Chinese media. AFP could not immediately verify the video’s authenticity.

Flight MU5735, which took off from Kunming shortly after 1:00 pm (0500 GMT), lost contact over Wuzhou, a city in the Guangxi region, according to China’s aviation authority.

The foreign ministry said Tuesday they believed all passengers on board were Chinese nationals.

In Guangzhou airport, staff assisted loved ones of the 123 passengers and nine crew members aboard the plane, which stopped sending any flight information after dropping a total of 26,000 feet in altitude in just three minutes.

Relatives and friends of those onboard endured a grim wait for news.

A user on Weibo, China’s Twitter-like platform, wrote that he was a friend of a crew member on the crashed plane.

“I will miss you forever,” he wrote, describing the “enthusiasm” his friend took to his new job this year.

The disaster prompted an unusually swift public reaction from Xi, who said he was “shocked” and called for “absolute safety” in air travel.

State media said Vice Premier Liu He, a powerful official close to Xi who usually deals with economic matters, had been dispatched to the area to oversee rescue and investigation work.

Flight tracking website FlightRadar24 showed the plane sharply dropped from an altitude of 29,100 feet to 7,850 feet in just over a minute.

After a brief upswing, it plunged to 3,225 feet, the tracker said.

Despite a huge boom in travel, China has a strong flight safety record.

Chinese media reported that the airline will now ground all its Boeing 737-800 jets.

The deadliest Chinese commercial flight accident was a China Northwest Airlines crash in 1994 that killed all 160 people onboard.