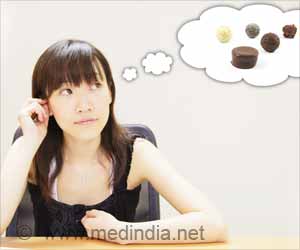 suggest that exercise modulated how hard the rats were willing to work for cues associated with the pellets, reflecting how much they craved them.

While more research needs to be done, the study may indicate that exercise can shore up restraint when it comes to certain foods, said Travis Brown, a physiology and neuroscience researcher at Washington State University.

“A really important part of maintaining a diet is to have some brain power  the ability to say ‘no, I may be craving that, but I’m going to abstain,'” said Brown.

In the experiment, Brown and colleagues from WSU and University of Wyoming put 28 rats through training with a lever that when pressed, turned on a light and made a tone before dispensing a high-fat pellet.

After the training period, they tested to see how many times the rats would press the lever just to get the light and tone cue.

The researchers then split the rats into two groups: one underwent a regime of high-intensity treadmill running; the other had no additional exercise outside of their regular activity. Both sets of rats were denied access to the high-fat pellets for 30 days.

At the end of that period, the researchers gave the rats access to the levers that once dispensed the pellets again, but this time when the levers were pressed, they only gave the light and tone cue.

The animals that did not get exercise pressed the levers significantly more than rats that had exercised, indicating that exercise lessened the craving for the pellets.