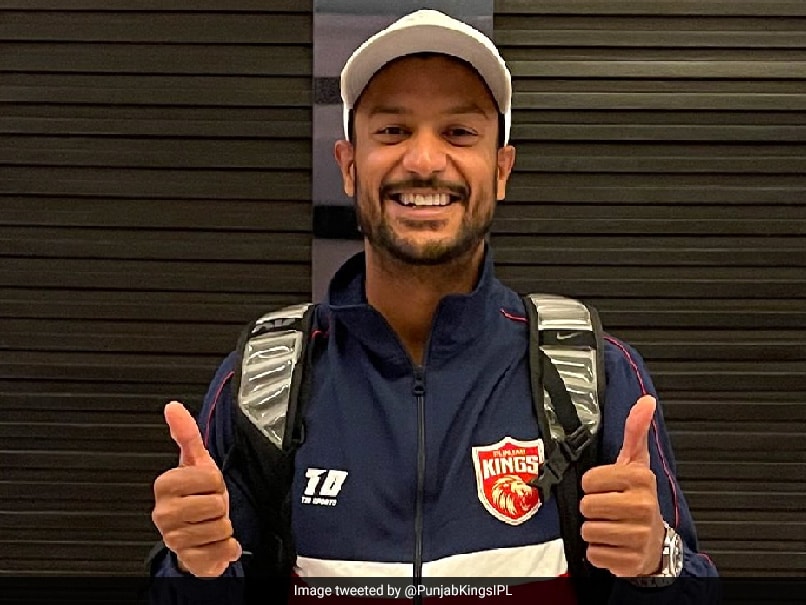 Newly appointed Punjab Kings skipper Mayank Agarwal believes that the franchise has built a title-winning squad for the IPL beginning March 26. After four seasons with the team, Agarwal has been given the leadership responsibility after the shift of his opening partner K L Rahul to the Lucknow franchise. Agarwal amassed 400-plus runs in the last two seasons and formed one of the strongest opening pairings in the IPL alongside Rahul but the team failed to make the play-offs.

Punjab were praised for getting the likes of Shikhar Dhawan, Kagiso Rabada, Liam Livingstone, Jonny Bairstow and Odean Smith at the IPL auction. Apart from the other retained player in Arshdeep Singh, Punjab also bought back uncapped power-hitter Shahrukh Khan. The team has underperformed for years and their only final appearance came way back in 2014. The management has pinned hopes on its latest recruits to change the team’s fortunes.

“We like to believe that we do have a title winning squad and now it is upon us as players to execute our skills under pressure and see what we can make out of it,” Agarwal told PTI on Saturday.

“As a team we have done a good job at the auction. We were looking at few skill sets knowing that the tournament will be played in Mumbai and we have covered those bases. We are happy with the balance we have in the side.” As captain, his role in the side increases massively but as a batter, he feels nothing changes.

“When I am batting I am just a batsman. We have a lot of leaders and experience in the team and that makes it easier for me. I want to excel as a batsman and do the things I have been doing. (On the captaincy front) we have made our plans to take the team forward,” said the India Test opener.

Agarwal is expected to open the batting alongside Dhawan but he did not reveal much on the combination.

“I can’t talk about the batting order as of now but I can definitely say that we are excited to have Shikhar on board. He is an absolute livewire, a great entertainer, a massive performer and a lot of the guys will feed off his energy. He is also in a great mind space.” Agarwal said conversations over him leading the side went on for a while and he is just excited about the opportunity. He captained Punjab Kings briefly last season when Rahul was injured and he feels that experience will help him this season.

“It definitely does help (having captained the team before). I have had a taste of what it feels like,” he said, adding there is no additional pressure of not having won the title ever.

Punjab have rejigged their support staff ahead of the 2022 season and roped in power-hitting specialist Julian Wood. Agarwal said Wood brings “something different” to the table. “Woody is a top guy. We have had couple of sessions together. He has got different ideas about the game, it is fantastic to work with him. He is quite flexible and is spending a lot of time with each batsman.

“He is not just talking about power hitting, he is analysing what their strengths are and try and then maximise their potential. He has been a great addition to the team and we look forward to executing the skills that he has been teaching us,” he added.