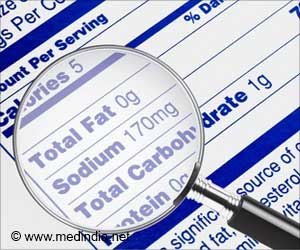 She was leading the expert deliberation on the a Need for front-of-pack warning labels on ultra-processed junk foods at Nimli as part of a workshop on food safety and junk food labelling, a statement said here.

Front-of-pack labelling on packaged foods was first recommended by an FSSAI-led committee formed in 2013 (CSE was part of this committee). The FSSAI then came up with a draft regulation in 2018, which had strict thresholds – limits to know unhealthy levels – based on those developed by the WHO for countries like India in the South-East Asia Region.

“Due to industry pressure, FSSAI came up with another draft in 2019. The food industry was still not pleased and this draft was repealed. From January-June 2021, stakeholder consultations were held on the labelling design to be adopted, thresholds to make applicable and nutrients to be displayed. The latest consultation took place in February 2022, when it was made clear that FSSAI plans to go ahead with the “Health Star Rating’,” the CSE statement said.

“The sole objective of the stakeholder consultations, which were heavily dominated by the packaged food industry, was to come up with a labelling system, which is industry-friendly,” said CSE’s Program Director, Sustainable Food Systems, Amit Khurana.

Health Star Rating is a labelling system which includes depiction of 1 to 5 stars on packaged foods. These stars are depicted based on an algorithm at the back-end, which is not known to consumers.

“Given all the evidence, if front-of-pack labelling are to cater primarily to public health goals, they must take the form of warning labels and not health star ratings,” reiterated Vandana Prasad, a community pediatrician, Public Health Resource Network, Delhi.

“We hope the FSSAI will withstand the pressure of food processing companies and meet this requirement urgently.”