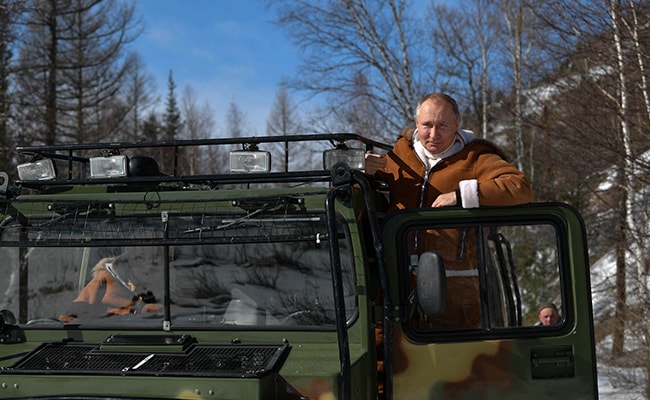 Russia’s invasion of Ukraine shocked the world and led to one of the biggest humanitarian crises since the Second World War. It also brought to the centre one of the most influential figures in international politics: Vladimir Putin.

He has been at the helm of affairs in Russia for decades on whom the West has always kept a watchful eye. But his decision to start a war in Ukraine, especially in 21st century, even surprised some of the seasoned diplomats and policy makers.

Putin has always intrigued the world with his personality, and his past as a KGB officer. Here, we take a look at his lifestyle.

Officially, the Kremlin has mentioned that Putin earns an annual salary of $140,000, according to Fortune. His publicly declared assets include an 800-square foot apartment, a trailer and three cars, the report further said.

But he is often believed to be the world’s richest man. Investment and asset management company Hermitage Capital Management claimed in 2017 that Putin’s personal wealth is $200 billion. The claim was made by the company’s CEO Bill Browder before a Judiciary Committee of the US Senate.

His comments about Putin and Russia are taken seriously as Browder was a major investor in Russia during the 1990s.

The claims about the Russian President’s ridiculous amount of money keep doing the rounds due to the lifestyle that he leads. Putin is seen wearing luxury watches, like Patek Philippe’s Perpetual Calendar worth $60,000 and a $500,000 A Lange & Sohne Toubograph, according to Fortune.

Ten years ago, ABC News carried a report based on a video released by Russian opposition group Solidarity, in which it said that Putin owns luxury watches worth $700,000 – about six times his official salary.

Putin is also believed to be the owner of a swanky 190,000 square-foot mansion sitting atop a cliff that overlooks the Black Sea. The description of the property, carried by many news publications, say it has frescoed ceilings, a marble swimming pool lined with statues of Greek gods, spas, an amphitheater, a state-of-the-art ice hockey rink, a Vegas-style casino and a nightclub. If that is not enough, the mansion also has a barroom showcasing wine and spirits worth hundreds of dollars.

The pictures of the opulent mansion have been released by Russian opposition leaders in the past, who call it “Putin’s Country Cottage”. The photos claim to show $500,000 dining room furniture, a $54,000 bar table, decked-out bathrooms with fancy $850 Italian toilet brushes and $1,250 toilet paper holders. But in January this year, Russian oligarch Arkady Rotenberg said he is the owner of the mansion, not Putin, according to the BBC.

Apart from reports about the Black Sea mansion, the 69-year-old Russian President also rumoured to be the owner of 19 other houses, 700 cars, 58 aircraft and helicopters. One of these planes – “The Flying Kremlin” – is built at a cost of $716 million and has a toilet made of gold.

On Tuesday, The Guardian carried a piece which had a photo of a 140-metre-long, six-floor super yacht in Italy, also believed to be owned by Putin. The Scheherazade, said to be worth $700m, is docked in a shipyard in Marina di Carrara, a town on Italy’s Tuscan coast. The Guardian report said that the vessel is equipped with a spa, swimming pools, two helipads, a wood-burning fireplace and a pool table designed to tilt so as to reduce the impact of the waves.

In an address to the Italian Parliament on Tuesday, Ukrainian President Volodymyr Zelensky urged Italy to seize the yacht.

Despite enormous wealth, Putin not sanctioned by West

Days after the Ukraine invasion was launched, western countries froze the assets of Russia’s elite, including those close to Putin, and imposed travel bans on them. But, the Russian President was spared.

According to The New York Times, this was done on the insistence of European countries like Germany who wanted communication channels to remain open with Russia’s top leadership.

New agency Reuters carried a report in January, which quoted Kremlin spokesperson Dmitry Peskov as saying that personal sanctions against Putin would be “politically destructive” and akin to severing diplomatic relations.