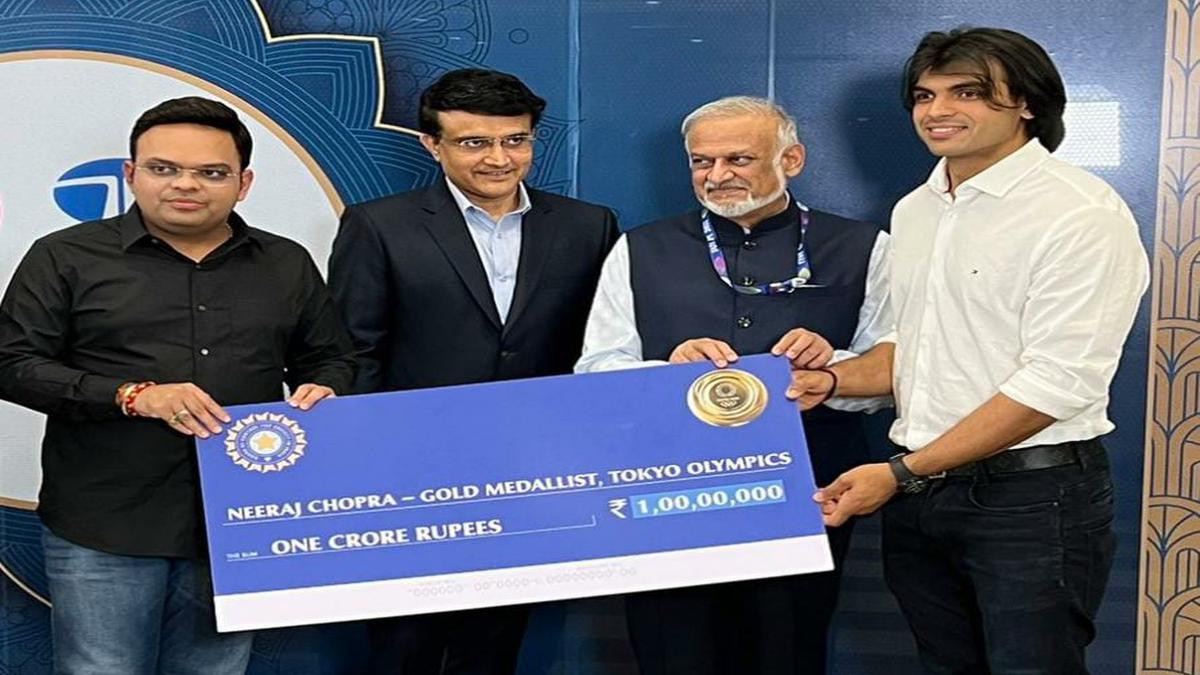 The Board of Control for Cricket in India (BCCI) felicitated Indian medallists at Tokyo Olympics — Neeraj Chopra, Lovlina Borgohain and members of the Indian men’s hockey team — ahead of the opening fixture of the Indian Premier League (IPL) on Saturday.

Neeraj, who clinched a gold medal in javelin, received a reward of ₹1 crore from BCCI president Sourav Ganguly and secretary Jay Shah, while other office bearers were also present during the event.

Sportstar had reported about such a possibility a couple of days ago. In August last year, the BCCI secretary Shah had stated that the Board planned to give cash rewards to all the medal winners at the Tokyo Games. In a tweet, Shah had also announced that Neeraj Chopra, India’s first-ever gold medal winner in athletics would get ₹1 crore from the Board, while ₹50 lakh each would be handed to silver medallists – weightlifter Mirabai Chanu and wrestler Ravi Kumar Dahiya.

ALSO READ – The Rise and Rise of the IPL

The bronze medallists – wrestler Bajrang Punia, boxer Lovlina and shuttler P. V. Sindhu – were promised ₹25 lakh each. The men’s hockey team, which won its first Olympic medal in 41 years, was to get ₹1.25 crore.

While the initial plan was to felicitate all the medal winners, most of the athletes are currently training abroad or are busy with international commitments. So, keeping that in mind, the available members of the contingent were invited for the event.

After the event, Neeraj, Lovlina and Manpreet Singh watched the IPL opener between Kolkata Knight Riders and Chennai Super Kings from the president’s box.