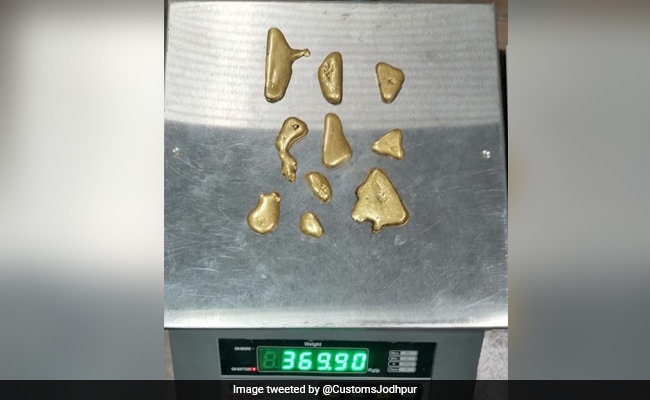 A man was detained at the Jaipur International Airport upon his arrival from Dubai for carrying gold paste valued at Rs 19.45 lakh concealed inside his shoes, a customs official said Friday.

According to the official, the man’s behaviour caused suspicion among the security personnel as he was about to hand over his luggage, including the shoes, to a person who had come to receive it at the airport.

The man was detained after a brief chase, officials said.

While searching him, yellowish granular paste packed in two transparent polyethene capsules and wrapped in paper was found concealed inside the shoes, the customs official said.

The official said that 369.90 gram gold of 99.50 per cent purity was extracted from the paste and seized under the provisions of the Customs Act, 1962.