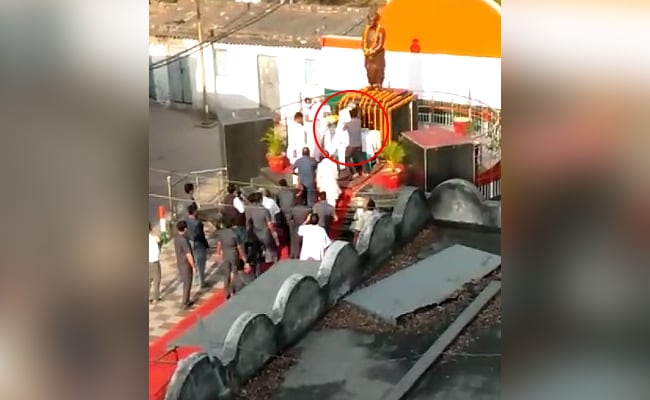 Nitish Kumar was struck from behind by a man in Bihar’s Bakhtiyarpur.

Bihar Chief Minister Nitish Kumar was attacked by a man today in his hometown Bakhtiyarpur. The man, who was caught in CCTV camera, has been arrested and currently in police custody, sources said.

Footage from CCTV cameras showed the attack taking place as the Chief Minister was about to pay his respects to the statue of Shilbhadra Yaji, a freedom fighter from the state, at the complex of a local hospital.

The man, who came from behind, was seen walking up the dais in rapid steps and strike Mr Kumar on the back. He was immediately dragged off by securitymen.