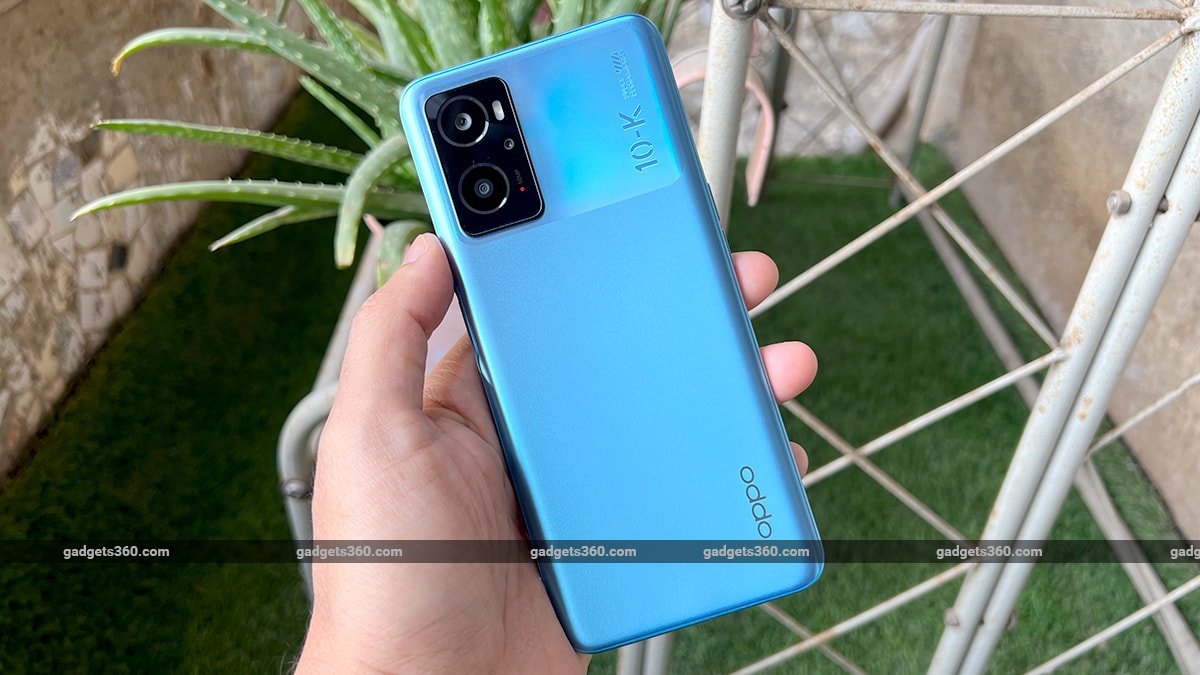 Oppo has launched quite a few budget-friendly K-series smartphones in China over the years and it’s now introducing this series in India, starting with the Oppo K10. This smartphone will sit alongside Oppo’s recently launched A-series offerings such as the A96 and A76. Some of the K10’s highlight features include an IP54 rating for dust and water resistance, a scratch-resistant design, and some camera enhancements. The Oppo K10 in India boasts of modest specifications, quite the contrary to what was rumoured not too long ago.

The sub-Rs. 20,000 smartphone segment is flooded with a tonne of great options that offer 5G, high-resolution cameras, incredibly fast charging, stereo speakers, and even IP-rated bodies for weather resistance. Can the Oppo K10 keep up with the onslaught from its Chinese brethren? Let’s find out.

Despite being built for a lower budget, I think Oppo has done a decent job in making the K10 look and feel relatively upmarket. I quite like the bright and playful look of the blue version of this phone. The frame of the chassis has a matte finish and so does the majority of the back panel. The smooth texture of the back resists fingerprints very well. I even tried scratching the surface vigorously with my fingernail to test Oppo’s claims, and it didn’t leave any marks. The Oppo K10 should do just fine with everyday use even if you choose not to use a case.

The Oppo K10 has a large and bright LCD display

The rectangular camera module bears a striking resemblance to the one on the Oppo A76, but features an additional textured area around the camera bump, spanning the width of the phone. There are some inscriptions here that read ‘Super Performance’ and ’10-K’. The latter one baffles me since I initially assumed it was a reference to the name of the phone, but Oppo says it’s just part of the design.

The Oppo K10 has a headphone jack on the bottom. There’s a bottom-firing speaker but the earpiece doubles as a second one for stereo sound. A fingerprint sensor is integrated into the home button.

You get a 6.59-inch LCD display with a full-HD+ (2412×1080) resolution and a 90Hz refresh rate. It’s a pretty standard looking panel, with decent brightness and colours. There’s a cutout for the selfie camera, which is a nice modern touch. There’s no missing the thick black bezels that wrap around the entire display, though.

The Oppo K10 ships with a good set of accessories, including a transparent case and a 33W SuperVOOC charger. The case in particular is of good quality and affords ample protection for the edges of the display, rear cameras, and ports. It also offers better grip as the K10’s smooth finish can be slippery.

IP54 certification is a nice feather in the K10’s cap since most of the competition has IP53 certification at best. While the Oppo K10 is on the same playing field as the rest when it comes to dust protection, it should be more resilient to splashes of water.

Oppo has used a Qualcomm Snapdragon 680 SoC for the K10. It doesn’t support 5G but is decently powerful and can also be found in phones such as the Realme 9i (Review) and Redmi Note 11. Along with it, you get the usual wireless connectivity such as dual-band Wi-Fi, Bluetooth 5, GPS, and FM radio. The K10 has a 5,000mAh battery, which is quite capacious, and it can be charged quickly with the bundled 33W fast charger. This phone has a dedicated microSD card slot in the SIM tray, and supports up to 1TB storage expansion

The Oppo K10 joins the long list of Oppo phones waiting to get Android 12. The K10 ships with ColorOS 11.1, which is based on Android 11. There are plenty of preinstalled apps but most of them can be uninstalled. Some apps from Oppo such as Theme Store and Game Space were a bit spammy with their notifications. Oppo hasn’t promised any long-term OS updates for the K10, so it’s hard to say if it will be updated beyond Android 12.

The 6GB variant of the Oppo K10 that I tested worked very well during the review period. General usage was always snappy, and the fingerprint sensor never failed. There’s face recognition too, which worked well even in low light. The K10 has a RAM expansion feature, which is set to 2GB by default, and I never really felt the need to increase this (up to 5GB of storage can be allocated as RAM).

Videos looked and sounded good on the Oppo K10’s display and speakers. The left and right audio channels aren’t evenly balanced, as the primary speaker sounds much louder than the earpiece, but it’s better than having no stereo sound at all. The display doesn’t wash out too badly under sunlight, so content is legible.

Gaming performance was also decent, although most heavy titles such as Asphalt 9: Legends and Call of Duty: Mobile didn’t look their best, with noticeable aliasing and flicker around the edges of objects. The visuals in Call of Duty improved a bit after increasing the graphics fidelity to ‘Very High’ but most of the advanced graphics settings were unavailable.

The Oppo K10 did well in terms of battery life. I was consistently able to get nearly two full days of use on a single charge. The phone performed decently well in our HD video loop test too, lasting for nearly 15 hours, which is not stellar but good enough. Charging the battery was relatively quick, and I was able to fully charge the K10 in about an hour.

The Oppo K10 boasts of a 50-megapixel main camera, along with two others for depth and macro photography. Unfortunately, you don’t get an ultra-wide camera, which is a big miss. I would have gladly traded the two 2-megapixel cameras for a decent ultra-wide. It’s not just the K10; we’ve seen many recent models such as the Realme 9 5G (Review) ditch ultra-wide cameras altogether. There’s a 16-megapixel camera in the front for selfies.

The camera app is fairly standard and is similar to what we’ve seen on other recent Oppo phones. The K10 does have some features that I have’t come across earlier such as AI Palette. You’ll find this in the ‘Edit’ menu of the photo gallery, and it essentially allows you to apply a different colour tone to your photo, either from some presets or by using the colour palette of another photo in your gallery. It should be useful for users who love editing their photos. There’s an AI retouch slider in the camera app, which lets you adjust the intensity of beautification applied to people’s faces for stills and video, but this only works with the rear camera. Oppo’s Bokeh Flare Portrait filter is also present, which we’ve see on Oppo’s Reno series.

Under good light, the main camera is capable of capturing good-looking photos. The Oppo K10 struggled a bit with exposure if the subject was in direct sunlight or was even slightly backlit, but otherwise, landscape shots looked decent. Close-ups taken outdoors fared much better. The macro camera was a bit of a mixed bag and didn’t really offer much in terms of quality.

Selfies turned out well when captured outdoors under ample lighting, and were saved at the full 16-megapixel resolution. Shots taken with Portrait mode didn’t have the best edge detection. Selfies taken in low light were average as they generally lacked good details.

The Oppo K10 can shoot videos at up to 1080p only, and that too without any stabilisation. There’s no special stability mode either, even if you drop the resolution to 720p. In terms of quality, video was just about usable in daylight but not great at night.

The Oppo K10 is very similar to the recently launched Oppo A96 in terms of design and specs, but delivers better value thanks to its stereo speakers, macro camera, and IP54 rating. The K10 offers very good battery life, reasonably quick charging, a pleasing display, and snappy all-round performance. The pricing seems pretty decent too, but keep in mind that there are 5G-ready alternatives at this price too. The Poco M4 Pro 5G, for instance, looks like a good alternative, and has an IP53 rating. The Redmi Note 10S (Review) is a slightly older but still a good phone at a similar price as the K10.

The Oppo K10’s biggest weaknesses are its poor video recording performance and the fact that it lacks an ultra-wide camera. If you’re not an avid photographer or videographer, then it could be a good option, and the base variant of the phone offers the best value of the two.