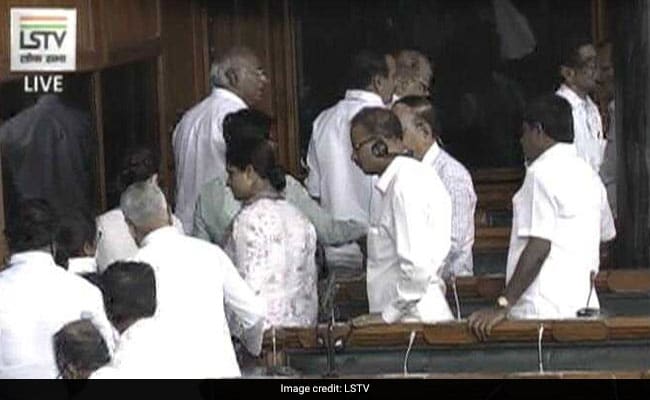 There was widespread speculation of the price hike once the election results were declared.

Opposition parties today staged a walkout from the Lok Sabha in protest against the recent hike in fuel and cooking gas prices. Members of Congress, Trinamool Congress, DMK, NCP and Left parties raised slogans against the move and walked out of the lower house demanding a rollback. They had tried to raise the issue as soon as Lok Sabha met for Question Hour, but were disallowed by Speaker Om Birla who asked them to raise it after the Question Hour.

There was widespread speculation of the price hike once the election results were declared for Uttar Pradesh, Uttarakhand, Punjab, Goa and Manipur as the Centre had steered clear of hiking prices during election season even when crude oil prices saw went up constantly in the international market.

Petrol and diesel prices were on Tuesday hiked by 80 paise a litre while domestic cooking gas prices were increased by Rs 50 per cylinder, ending an over four-and-half month election-related hiatus in rate revision.

Raising the issue after Question Hour, Congress leader Adhir Ranjan Chowdhury said the opposition parties had been claiming that the prices of diesel and petrol would increase after the assembly elections to five states were concluded.

“They have been falsely claiming that the price rise has nothing to do with elections. This is wrong. They didn’t want to upset voters before they voted. Don’t forget that the central tax on fuel is more than 50% but they never think of reducing it,” Senior Congress leader Shashi Tharoor told NDTV and added that this won’t directly impact the BJP as there a no elections around the corner.

That increase in retail fuel prices comes for the first time since November and has remained unchanged across metro cities for the most prolonged duration since the daily revision of prices began in June 2017.