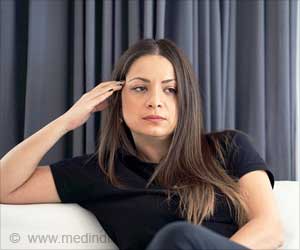 Researchers analysed IgG glycome composition in 5,080 samples from 1,940 females during their transition from before menopause (premenopause) to postmenopause. Many of these samples were taken from TwinsUK which is the largest twin registry in the UK and led by researchers from King’s College London.

Analysis of the IgG glycome in multiple samples from the same individuals was able to show the association between perimenopause and the changes in the IgG glycome composition. This period showed the IgG glycome changing from an inflammation-suppressive to proinflammatory. While this is common as we age, researchers saw this change happen rapidly as women transitioned from a regular cycle to menopause.

This change in IgG glycans is associated with many health risks that accompany menopause. In some diseases like rheumatoid arthritis and cardiovascular diseases, this change can occur years before disease onset. This suggest glycans and chronic inflammation is linked and the transformation of IgG glycans plays a part in developing disease.

As a result of poor awareness and inappropriate use of hormonal tests, women are often misdiagnosed with conditions such as fibromyalgia, migraines, depression, or chronic fatigue syndrome and are frequently prescribed antidepressants despite the lack of evidence to support their use to improve the low mood associated with perimenopause or menopause. This study shows it may be possible to use IgG glycans to predict perimenopause.

Dr Cristina Menni, from TwinsUK and King’s College London, said: “Perimenopause is poorly diagnosed due to highly irregular hormonal cycles and symptoms that can last for as long as 15 years. Currently, there is no accurate diagnostic test for perimenopause. Adding an easily quantifiable novel early biomarker of perimenopause could be a valuable improvement to current clinical praxis.”