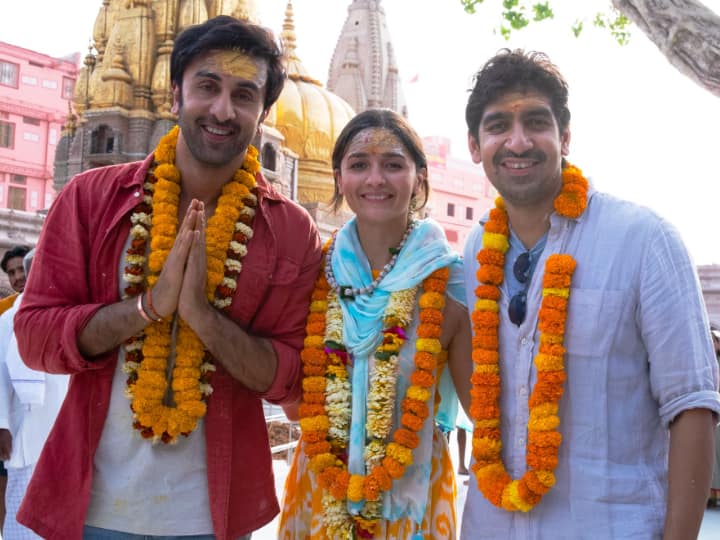 The makers wrapped its final shooting schedule in Kashi, and is all set to hit the theatres on September 9.

Alia took to Instagram where she shared a video clip. The clip seems to be from a song. She also shared a picture featuring the director Ayan Mukerji and Ranbir after a temple visit.

The film apparently is set in two timeframes. The main story is set in present times where Shiva, a young man with superpowers travels 3000 years back in time to learn about weapons like Brahmastra in order to fulfil a mission.

Ayan Mukerji also took to Instagram and posted pictures of his last day on the set. He wrote, “And finally It’s a Wrap! 5 years since we took our first shot on Brahmastra, and we’ve finally filmed our last one! Absolutely incredible, challenging, once-in-a-lifetime journey!!! Some hand of destiny that we finished the shoot of ‘Part One: Shiva’ in Varanasi – a city infused with the spirit of Shiv Bhagwan, and that too at the most sacred Kashi Vishwanath Mandir, allowing us to finish in an atmosphere of purity, joy and blessings Exciting days ahead, last lap ahead ! 09.09.2022 – Here we come !”