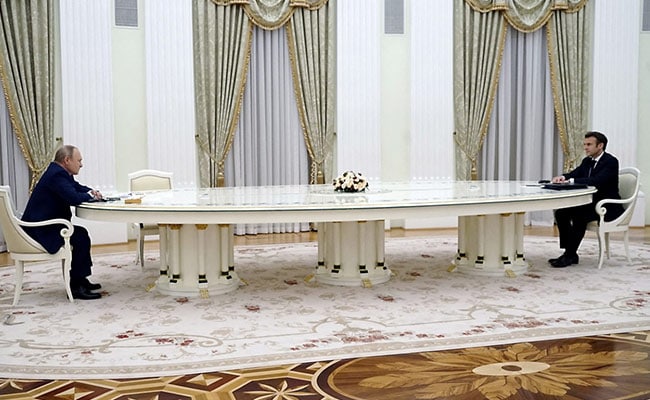 Macron said Europe “will do everything” to stop the war in Ukraine.

French President Emmanuel Macron said on Wednesday that he was prepared to hold up the dialogue with Russia and its president, Vladimir Putin, over the war in Ukraine.

Speaking about the upcoming top-level meetings of Western allies in Brussels, Macron said: “We, the French and Europeans, will do everything to stop this war without entering it.”