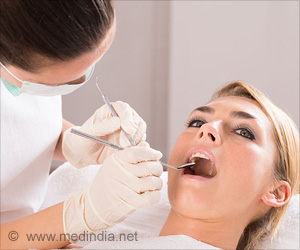 A new study analyzed the various aspects of root canal treatments performed in Swedish general dental practice, with the Public Dental Service in Region Vstra Gtaland as a base.

The data on a patient group initially numbering 243 were analyzed. They had all started root canal treatment at one of the 20 public dental clinics in the region. The patients were then followed up for one to three years.

Most of the root canal treatments studied were prompted by toothache in teeth with caries and large restorations, which culminated in root fillings within a year.

Molars were an exception and so only just over half of the root fillings met their purpose and, as a result, many molars had to be removed (i.e. extracted).

Half of the patients stated that they had mild pain or discomfort from their root-filled tooth during the follow-up period of up to three years. Nevertheless, the great majority (87 percent) were satisfied. They did not regret their choice to get root canal treatment instead of tooth extraction.

Another component study, at six public dental clinics in Region Vstra Gtaland, covered 85 patients in whom either root canal treatment was started or a tooth was removed.

An improved health-related quality of life was observed in the patients who started root canal treatment, but not in those who underwent a tooth extraction.

These studies show that the patients’ quality of life benefited from root canal treatment. On the other hand, it’s unclear whether the treatment is cost-effective compared with tooth removal, especially when molars are concerned.