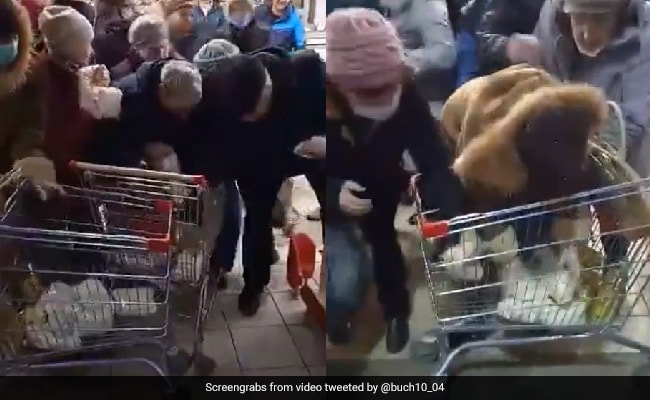 Videos showing Russian shoppers fighting each other for sugar have gone viral.

Videos showing Russian shoppers fighting each other in supermarkets for sugar have gone viral on the internet. Some stores in the country have imposed a limit of 10 kgs per customer due to the economic fallout of the war in Ukraine. Prices for sugar have skyrocketed with the annual inflation in Russia reaching its highest level since 2015. In many videos coming out, crowds of people can be seen fighting and jostling each other to get bags of sugar from shopping carts. These videos have made their way on to Twitter and highlight the difficulties ordinary citizens are facing due to the Russian-Ukraine War.

Russian government officials have insisted that there is no sugar shortage and that the crisis is being born out of consumers panic buying in stores, along with sugar manufacturers hoarding to drive the price up, as reported by News Agency Reuters talking to anti-monopoly organisation FAS. However, the government has also placed a temporary ban on the export of sugar from the country.

The cost of sugar has gone up by as much as 31 percent, but due to western sanctions several other products are also becoming more expensive. Many western owned business have left Russia and therefore there is a huge shortage of foreign imported goods like cars, household items as well as televisions. The Russian government has attempted to keep inflation in check by introducing an imposition of currency controls, but these seem to be in vain as prices are steadily rising all over the country with many citizens suffering as a result of it.