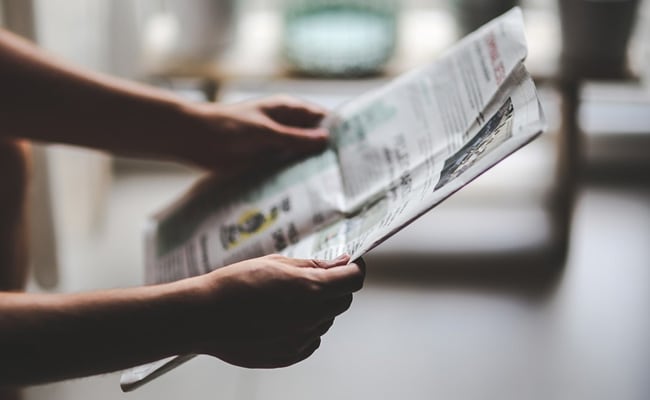 Two major Sri Lanka newspapers are suspending their print editions because of a lack of paper, their owner said Friday, the latest casualties in the island’s economic crisis.

The South Asian nation of 22 million people is facing its worst economic meltdown since independence from Britain in 1948 after its foreign reserves hit rock bottom.

Privately owned Upali Newspapers said their English-language daily, The Island, and its sister Sinhalese version, Divaina, will only be available online “in view of the prevailing newsprint shortage”.

Other main national dailies have also reduced pages after costs soared by over a third in the past five months and because of difficulties securing supplies from abroad.

The dollar shortage has sparked energy shortages affecting all sectors and led to skyrocketing prices with inflation at a record 17.5 percent in February, the fifth consecutive monthly high.

Motorists have to queue up at gasoline pumps and at least four people have died in the past week while waiting long hours to top up.

Energy ministry officials said they managed to raise $42 million by Friday to pay for a cargo of diesel and aviation fuel held up at the Colombo port for nearly two weeks because there were no dollars to pay for it.

Earlier this month, the government allowed the rupee to depreciate and announced it will seek an IMF bailout to restructure its foreign debt.

Sri Lanka needs nearly $7 billion to service its external debt this year while the country’s foreign reserves have hit $2.3 billion, down from $7.5 billion when the current government came to power in November 2019.

The island is also seeking more loans from India, China and other countries to overcome its currency crisis.

Sri Lanka was in a deep economic crisis when the pandemic hit, reducing foreign worker remittances and crippling the lucrative tourism sector, a key source of dollars for the economy.