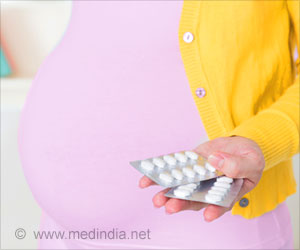 The researchers also found that women with migraines had a slightly higher risk of preeclampsia than women without migraines. Auras are sensations that precede a headache, often visual disturbances such as flashing lights. Preeclampsia includes high blood pressure with additional symptoms such as proteinuria, during pregnancy, which can be life threatening for both mother and baby.

“Roughly 20% of women of childbearing age experience migraine, but the impact of migraine on pregnancy outcomes has not been well understood,” said study author Alexandra Purdue-Smithe, PhD, of Brigham and Women’s Hospital in Boston. “Our large prospective study found links between migraine and pregnancy complications that could help inform doctors and women with migraine of potential risks they should be aware of during pregnancy.”

For this study, researchers analyzed more than 30,000 pregnancies in about 19,000 women for a time period of 20 years. Of those, only 11% of those pregnant women had migraine that was diagnosed by the doctor.

The researchers studied the complications of women during pregnancy such as preterm pregnancy, gestational diabetes, gestational hypertension, preeclampsia and low birth weight.

After adjusting for other behavioral and health factors that could affect the risk of age, obesity and complications, the researchers found that women with migraines had a 17% higher risk of preterm birth, with a 28% higher risk compared with women without migraines and 40% higher risk of gestational hypertension and preeclampsia.

The researchers found that migraine was not associated with gestational diabetes or low birth weight.

Purdue-Smithe said, “While the risks of these complications are still quite low overall, women with a history of migraine should be aware of and consult with their doctor on potential pregnancy risks.” He also said,”More research is needed to determine exactly why migraine may be associated with higher risks of complications. In the meantime, women with migraine may benefit from closer monitoring during pregnancy so that complications like preeclampsia can be identified and managed as soon as possible.”

Another limitation is that the information on the frequency of migraine attacks and other migraine features is not available. Further research is needed to address

these limitations and to better inform how pregnant women with a history of migraine should be screened and to monitor possible pregnancy complications.

The research study was supported by the National Institutes of Health.