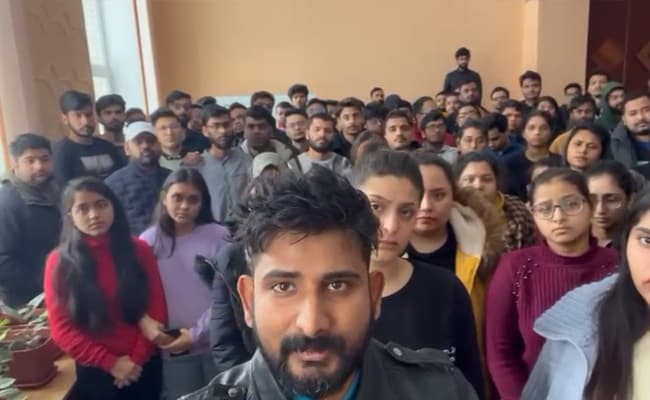 The Supreme Court on Monday closed two cases after the Centre said it had completed the “mammoth job” of evacuating 22,500 stranded Indian students from the war zone in Ukraine.

A bench comprising Chief Justice NV Ramana and Justice Krishna Murari took note of Attorney General K K Venugopal’s submissions that the Centre, besides bringing back stranded students, is also looking into the representation on their studies being hit by the ongoing war.

“Now nothing remains in this matter as students have come back,” the bench observed at the outset.

Lawyer Vishal Tiwari, who filed a PIL in his personal capacity, raised the issue of the continuation of studies of those rescued from the war-hit nation.

“A mammoth job has been done by the government and 22,500 students have been brought back. The government is looking into the representation (of students) and the government will look into it,” Mr Venugopal said.

The bench took note of the submissions of the Attorney General and decided to close the cases.

On March 4, the top court had taken note of the submissions that the government had so far evacuated 17,000 stranded Indian students from Ukraine.

In her plea, Ms Ahana sought a direction to the Ministry of External Affairs to secure permission for her and other stranded students to cross the checkpoint in Moldova from Ukraine en route to Romania for boarding the Air India evacuation flight.

The plea had also sought a direction to the MEA to immediately take effective diplomatic steps and measures for the evacuation of the petitioner and others from Ukraine to India.

Mr Tiwari, in his separate PIL, has sought a direction to the Centre to take immediate and effective steps for the safe return of stranded students and their families.