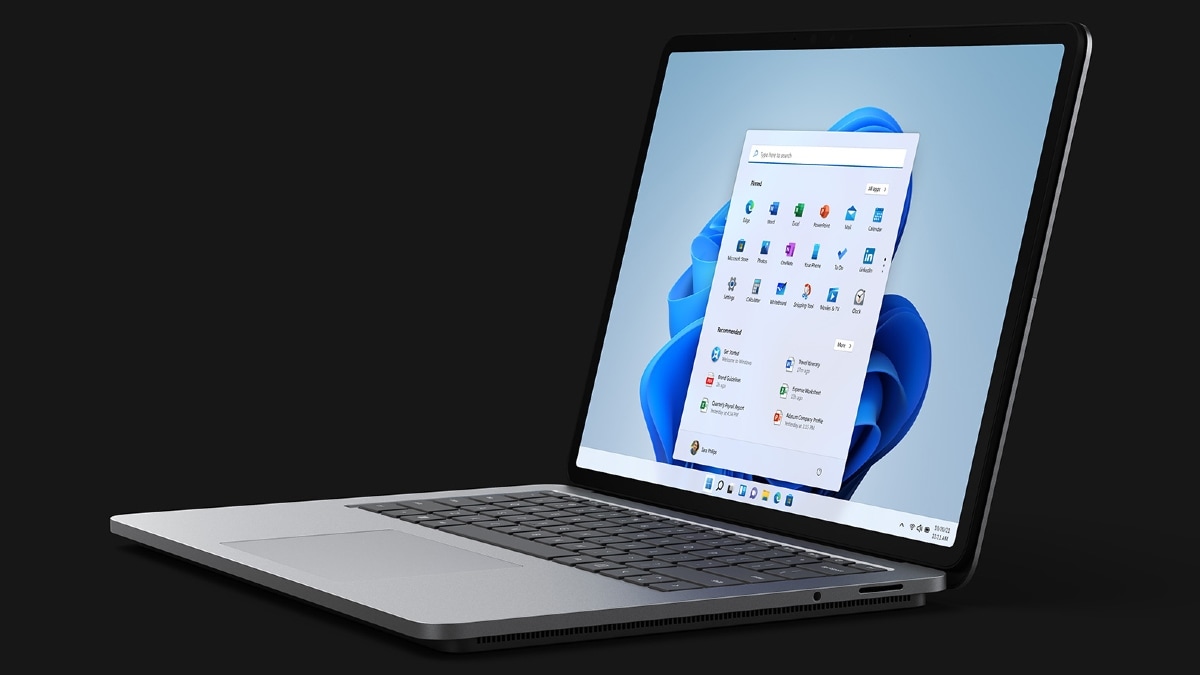 April is normally not a jam-packed month for the technology world. But this year, companies including Apple, Microsoft, AMD, and HTC are planning to bring their new offerings in April to make an exciting month for tech enthusiasts around the globe. The rumour mill has also suggested that apart from the confirmed plans, we could see some new phones coming to the market next month. These could include the highly anticipated Nothing Phone as well as an upgrade to the OnePlus Nord 2.

In this article, we cover all the confirmed and expected launches of April 2022 to detail what all is coming next month. We are highlighting the announcements with ‘confirmed’ and ‘rumoured’ labels to distinguish them on the basis of their confirmation status.

One of the major confirmed launches of April is a new Windows 11 launch where we could see Microsoft detailing some new features to power hybrid work. Scheduled for April 5, the event will include a keynote address by Windows Executive Vice President and Chief Product Officer Panos Panay.

Overwatch 2, the sequel to the shooter game, is getting its first beta release on April 26 to showcase the new gaming experience that we’re getting later this year. Developer Blizzard Entertainment announced the release of Overwatch 2 beta release that will be only available for the PC platform.

To please gamers, AMD is set to start offering the Ryzen 7 5800X3D in April. The desktop chip that was first announced at CES 2022 in January is touted as the “world’s fastest gaming processor” — designed to offer better caching over the Ryzen 9 5900X. The Ryzen 7 5800X3D is priced at $449 (roughly Rs. 34,200) and will go on sale from April 20. It comes with eight cores, 16 threads, and compatibility with AMD’s existing AM4 socket.

Apple is updating its video-editing software iMovie with a couple of features in April. One of the new features is Magic Movie that lets users create styled, edited videos with titles, transitions, and even music — all instantly, with a few taps. The other new feature that is coming to iMovie next month is the addition of 20 different Storyboards. These will be based on genres such as Cooking, Product Reviews, and Science Experiments that will guide you with steps to capture footage, organise clips, and learn different story structures. Both new features were announced at the ‘Peek Performance’ event earlier this month.

Aside from the planned announcements for gamers and PC users, April is the month when we could see the launch of the HTC ‘Metaverse’ phone. The new phone is claimed to be a “high-end” model and is likely to have some features supporting augmented reality (AR) and virtual reality (VR) experiences. The exact launch date of the HTC ‘Metaverse’ phone is yet to be revealed.

Nothing — the brand established by OnePlus Co-Founder Carl Pei — is rumoured to have plans to launch its first phone in April. The smartphone could come with a transparent design and may have a Qualcomm Snapdragon SoC. The Nothing Phone is also likely to run on Android 12 out-of-the-box, with few customisations on top of the stock experience. Nothing is hosting its event on Wednesday, March 23, where we could see some official details about the phone.

Vivo X Note is said to launch as the company’s distinctive smartphone in April. It is rumoured to have a 7-inch 2K Samsung E5 AMOLED display with a 120Hz refresh rate and a 3D ultrasonic wide-area fingerprint sensor. Alongside the Vivo X Note, the rumour mill has suggested the debut of the Vivo X80 series next month. The new series would comprise the Vivo X80, Vivo X80 Pro, and the Vivo X80 Pro+ that all would first launch in China and then may make their way to India.

In addition to the Vivo phones, the OnePlus Nord 2T is speculated to debut in April. The new smartphone could be a slight upgrade to the OnePlus Nord 2 and may carry a 6.43-inch full-HD+ AMOLED display with a 90Hz refresh rate. It is also rumoured to have an octa-core MediaTek Dimensity 1300 SoC and include 80W SuperVOOC fast wired charging.

Realme Book Prime launch is rumoured to take place in India in April. The laptop was unveiled at MWC 2022 last month and is rebadged Realme Book Enhanced Edition that was launched in China in January. The Realme Book Prime comes with an 11th-generation Intel Core processor and has up to 12 hours of battery life.

Affiliate links may be automatically generated – see our ethics statement for details.