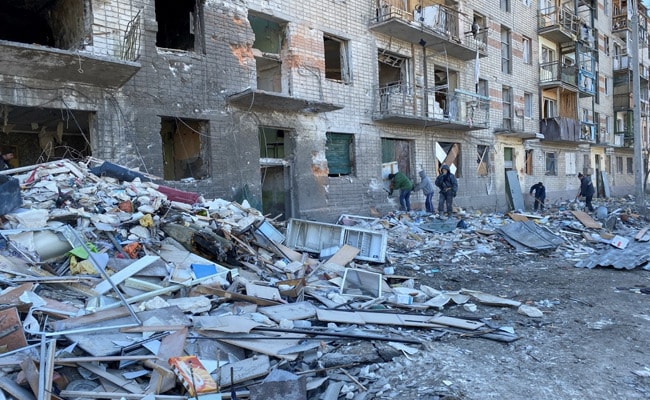 Five people have been killed and more than a dozen wounded in Russian strikes on a war-scared town in eastern Ukraine, an official in Kyiv said Tuesday, nearly one month into Moscow’s invasion.

“In the Donetsk region, Avdiivka was fired on by artillery and aircraft, the city was razed to the ground. Five civilians were killed and 19 were injured,” Ukraine’s ombudswoman, Lyudmyla Denisova, said in a statement.

Avdiivka in the east of Ukraine is adjacent to the de-facto capital of pro-Moscow separatists, who wrested control of two self-proclaimed republics in 2014.

Ukraine has accused Russian troops of indiscriminately targeting medical facilities, residential areas, and bomb shelters since Moscow sent troops over the borders of its pro-Western neighbour on February 24.

Denisova said in a separate post on the Telegram that a Russian tank in the Kharkiv region had targeted a civilian-marked car and that three adults and a child were killed.