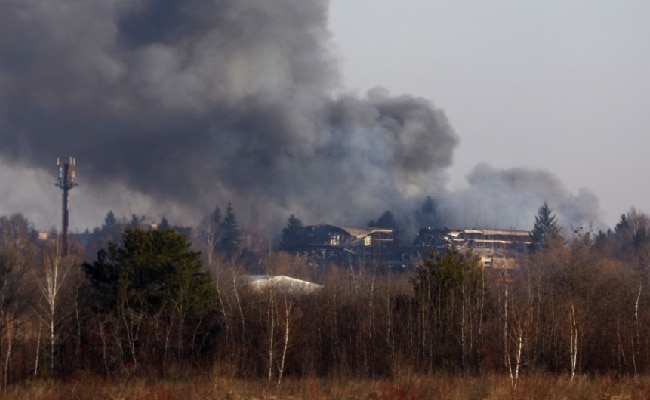 Russia said it would only use nuclear weapons in Ukraine if it were facing an “existential threat.”

Almost 100,000 people are trapped in the city described by those who managed to escape as a “freezing hellscape riddled with dead bodies and destroyed buildings”, Human Rights Watch says.

Kyiv is under curfew until Wednesday morning as Russian troops continue their advance on the capital.

After several rounds of inconclusive negotiations, Russia said that it would like its peace talks with Ukraine to be “more substantial.” The Kremlin also said Tuesday that it would only use nuclear weapons in the context of the Ukraine conflict if it were facing an “existential threat.”

So far, a Kremlin-allied tabloid has reported that 9,861 Russian troops have been killed and 16,153 injured in the nearly month-old war, 20 times the official tally.

Here are the Live Updates on Russia-Ukraine War:

Get NDTV UpdatesTurn on notifications to receive alerts as this story develops.

‘Hellscape’ in Mariupol where 100,000 trapped
Almost 100,000 people are trapped among the ruins of the Ukrainian city of Mariupol, facing starvation, thirst and relentless Russian bombardment, President Volodymyr Zelensky said as the UN sharpened demands for Moscow to end its “absurd” and “unwinnable” war.

Tens of thousands of residents have already fled the besieged southern port city, bringing harrowing testimony of a “freezing hellscape riddled with dead bodies and destroyed buildings”, according to Human Rights Watch.

In his latest video address Tuesday, Zelensky said more than 7,000 people had escaped in the last 24 hours alone, but one group travelling along an agreed humanitarian route west of the city were “simply captured by the occupiers.”

He warned that many thousands more were unable to leave as the humanitarian situation worsens.