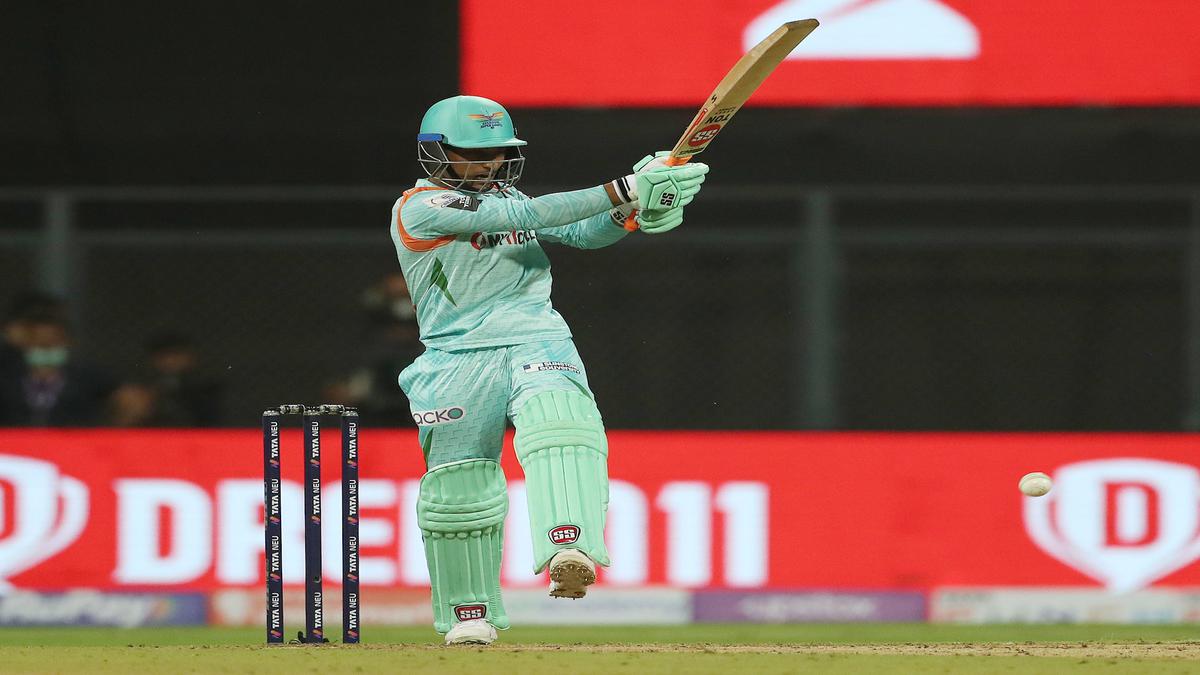 Lucknow Super Giants batter Ayush Badoni gave a glimpse of his talent with a quickfire fifty in his team’s IPL 2022 season opener against Gujarat Titans at the Wankhede Stadium in Mumbai on Monday. He is the third youngest to score a fifty on IPL debut, after Shreevats Goswami and Devdutt Padikkal.

“I wasn’t even looking at the scorecard,” Badoni said during the innings break. “I realised a bit late that I have reached the half-century. I was very nervous, couldn’t sleep last night. But after I hit my first boundary, I felt I belong here.”

The 22-year-old from Delhi helped revive Lucknow’s innings after Mohammad Shami’s initial burst had reduced it to 29 for 4 in 4.3 overs.

Badoni, promoted ahead of the more experienced Krunal Pandya, took time to settle, scoring just 13 off the first 22 balls before shifting gears. He was particularly severe on Gujarat skipper Hardik Pandya, collecting 15 runs — with one six and two fours — off his last over. However, a six off Rashid Khan’s bowling stood out. He picked the googly early and slog-swept the world’s No. 1 T20 bowler for a maximum.

Badoni got a reprieve when he was dropped on 40 by Lockie Ferguson. Badoni reached his first IPL fifty by pulling a 146.9kmph Ferguson bouncer for six. He eventually holed out for a 41-ball 54, having struck four fours and three sixes.

The right-hander made headlines in 2018 when he blasted 52 off just 28 balls for India Under-19 against Sri Lanka in the Asia Cup.